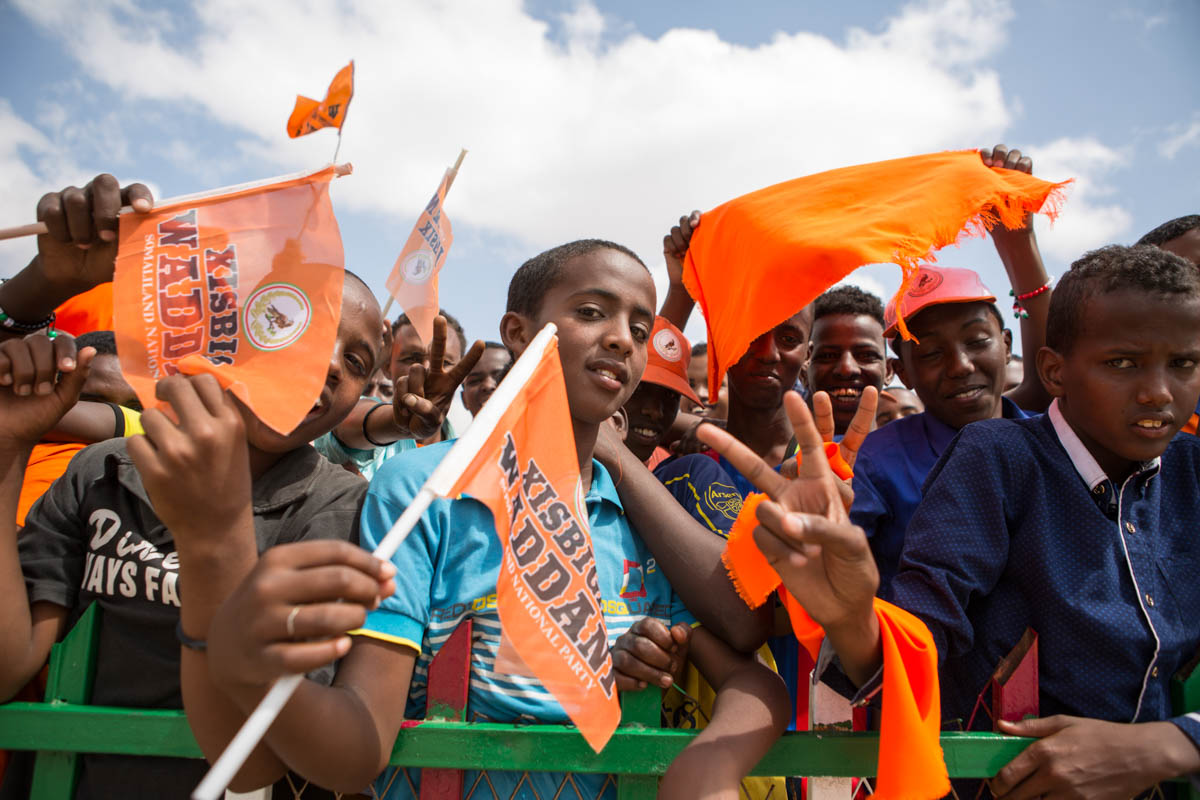 High spirits and a celebratory atmosphere have characterised the political campaign rallies in the run-up to a long-awaited presidential election in the self-declared state of Somaliland, which is due to take place on November 13.
This is Somaliland’s first presidential election since 2010, and the stakes are high. Three candidates – Faysal Ali Warabe of UCID party, Abdirahman Mohamed Abdullahi of Waddani party and Muse Bihi Abdi, of the ruling Kulmiye party – are vying to replace Ahmed Mohamed Mohamoud “Silanyo”, the current head of state.
The contest was delayed for more than two years due to voter registration issues, lack of funding and a devastating drought.
The process will be witnessed by international election observers funded by the UK government, as well as a team of over 600 domestic observers who will be reporting on polling day using SMS.
It is hoped that a hi-tech voter registration system using iris-recognition software will guard against electoral fraud.
In the past, there have been allegations that competing clans encouraged their members to register multiple times to increase their political influence.
Since Somaliland declared independence from Somalia in 1991 following a bloody civil war, the region has held five largely peaceful elections and one constitutional referendum, forging a political system that combines traditional leadership with modern representative democracy.
The fact that it is not officially recognised by any other country means that Somaliland’s political situation is complex, and the Somali Federal Government in Mogadishu still lays claim to its territory.